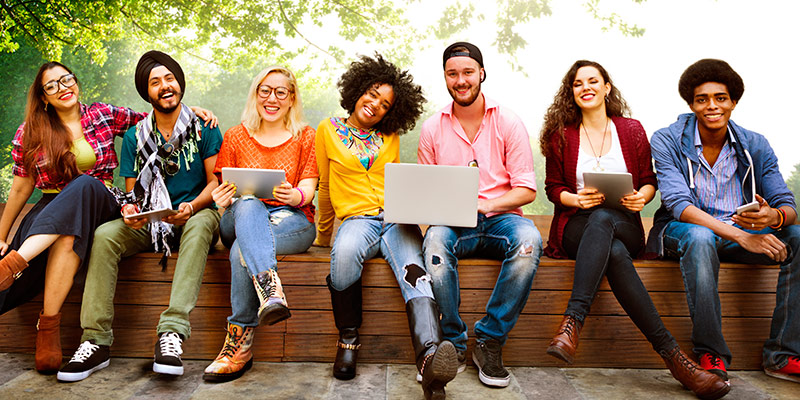 The size of the Brazilian agency market grew by 23 per cent in 2017 and reached an “unprecedented volume” of 302,000 outbound students, according to a survey by Brazilian agency association Belta.

The Belta Seal Market Research 2018 is based on a survey of member and non-member agencies, representing 466 sales points across the country, and reveals a record year for the sector.

The authors also found that the average spend per agency client increased by 12 per cent in 2017 to US$9,989, meaning that the outbound sector produced an estimated US$3 billion in value. Maura Leão, President of Belta, said, “The market grew not only in volume of students but also in revenue because Brazil began to consider more diversified programmes and professional specialisation.”

As previously indicated in preliminary survey findings, 94.9 per cent of responding agencies reported a business increase in 2017, with only 1.7 per cent registering a decrease. The growth figure matches StudyTravel Magazine’s recent Brazil agency survey, which found an average increase of 23 per cent among the 34 participating agencies.

For the first time, graduate programmes (masters and doctorates) were among the top ten products sold for Brazilian agents, while demand for undergraduate degrees and professional certificates also increased, the authors said.

Belta President, Maura Leão, unveiling the findings of the Belta research on the Brazilian agency sector.

Belta previously indicated that the end of Brazil’s expansive Science without Borders scholarship scheme could lead to an increase in privately funded higher education study and more business in this sector for agencies. In Belta’s survey of students, there was an increased share of self-funded or family-funded students – 86.1 per cent compared with 81.5 per cent in 2016 – while the proportion of government-funded students fell from 16.7 per cent previously to 7.7 per cent last year.

Language programmes remained the mainstay of the Brazilian agency sector in 2017, followed by language plus work and vacation classes for teenage students. Volunteer and work experience courses also had increased shares in 2017.

The main auxiliary products sold by Brazilian agencies were insurance, assistance with visas and air tickets. The authors also found that a higher proportion of agencies were selling online in 2017: 72 per cent, compared with only 43 per cent in the previous year.

English was again the dominant language, followed by Spanish, but there were signs of increased activity in other languages including Japanese and Chinese, the authors said.

“The numbers showcase a new pattern of consumption for international education. Brazilians have started looking for the third of fourth languages. The goal is to offer additional skills in the job market,” commented Maura. Indeed the need for clients to differentiate their CVs was cited as the main factor in business growth by responding agencies.

Canada was the most popular destination again in 2017: 82 per cent of surveyed agencies said Canada was the most requested, and virtually all agents placed the country in their top three. The USA continued to hold second place, while the UK leapfrogged Australia and Ireland to become the third-largest destination.

Spain was the most popular non-English destination, overtaking France into ninth place overall, while Argentina moved up to 11th most requested. Overall, 36 destinations were chosen by agency clients in 2017.

For agencies, favourable exchange rates were cited as the largest influence on clients’ study choice, followed by quality of life and having a good infrastructure for welcoming international students.

The survey of 6,151 Brazilian students, which was sponsored by Extenda – Commercial Agency of the Spanish province of Andalucía and Education New Zealand, also found Canada to be the most popular destination, both for those that had already completed a programme (21 per cent) or were intending to do so in 2018 (79).

The Belta team at the launch of the 2018 research.

The lifestyle of the destination country was cited as the main reason for choice of destination for the survey students, with security, currency exchange rate and local culture also heavily referenced.

Established more than 25 years ago, Belta claims that its member agencies represent three-quarters of the Brazilian agency market. Belta is also a member of the global umbrella organisation the Federation of Education and Language Consultant Associations (Felca), of which Maura is also President.